Posted at 10:35h in Upcoming Events

A Force with which to be Reckoned: Women of Transcendentalism

The Unitarian women of the Transcendentalist Movement were strong individuals, with keen minds and strong political ideas.  To mark Women’s History Month, Bill will reintroduce us to these women and how they helped launch the 19th century American movement for women’s rights.

To Build or Not to Build…

… a wall at the U.S. border with Mexico.  That is the proverbial question.

This fault line in American politics nudged me find out what the late poet Mary Oliver thought about the subject of walls in general. Reading her poem Knife offered critical insights that nudged me back to America’s most famous poem about walls, Mending Wall by Robert Frost. This service will include resonant readings of the full text of both poems in male and female voices, followed by commentary about what they say about the barriers between souls, whether a individuals or collectives.

Is it Getting Away, a Setting Out, or a Coming Home?

When you reflect on your religious or spiritual journey, do you see discovering Unitarian Universalism and Channing Memorial Church as an escape from an old religion, a coming home to the right place, or a safe place to setting off on a new journey of exploration.  On this Annual Stewardship Sunday kick off Bill with help us think about the role CMC had/has for us in our religious life.

The Military Chaplaincy: Serving the Needs of Many Faiths

This message will try to cover very briefly: History of Military Chaplaincy, court case challenge to the chaplaincy, requirements to become a chaplain and the most important: the mission of the Chaplaincy to all faiths.

Lee Hardgrove is a retired Lt. Col. of the US Army and a retired United Methodist pastor. He served several churches in the New York area and spent 25 years in the army reserve. He spent three years on active duty at the end of his career including a tour in Afghanistan . He also spent time at Ground Zero in NY City after 9-11. Lee is graduate of American University, Yale University, the Army Command and General Staff College and Rhode Island College.

“Driving while Black” means more than just literally being behind the steering wheel of a car. In his sermon, Charles will talk about the experience of an African American male confronting being looked at as “the Other” and how this relates to all of us as a family of human beings. 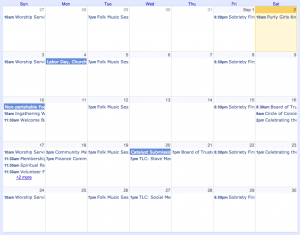 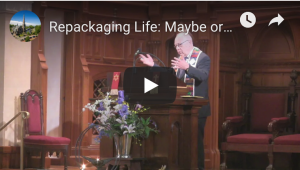